Is this your business?

(3 day / 2 night, vacation - had other rentals after) Personally the worst experience at a hotel ever. Started the stay with going to see the pool which was shallow at maximum depth of 1 meter and warm (not cool and refreshing on a 40C° day). Rest of the day spent outside in the city. The following night, the room above us had loud guests that arrived around 1am, I sent handful of texts to front desk, to which took almost half an hour for a reply saying they would go take care of it (I think they quieted down... or maybe just got tired and settled down). BUT that didn't really matter, the soft bed was extremely itchy... thankfully, a bug, maybe earwig, crawled over my back to give a greater sense of comfort with the itching and the party upstairs... we ended up swapping to the hard bed (which thankfully didn't itch). Lets talk about the shower now, I took a picture of the high quality shower head... to top it off, the drain struggled to stay open so the shower ended up as a nasty bath at the feet. Overall, this experience has made me never want to ever visit any best western again. (the included breakfast was nice, and in person workers were friendly. Though the breakfast was incredibly sweet (lots of sugar in those waffles and french toast).)

Loved this hotel. We stayed here in July with our three small doggies and had a walkout room facing onto a grassy courtyard. It was a little noisy because lots of teams were staying, so lots of kids and youths around. But we loved the atmosphere: so nice to see kids having fun! The pool and hot tubs were great: the complimentary breakfast was amazingly good. We will be staying again this month.

I am a rewards member. This is my 2nd time staying here. First time I was in the tower which was a far cry better than this stay where I was this time out in a first floor room out back in the motel style rooms. I travel for work and stay in a lot of hotel rooms and have seen some not great but this one really was not good at all. There was splatters of some liquid on the roof of the bathroom ceiling that looked to be cleanable but is obviously getting missed. On the bedside table there is crusty food or drink all dried up that I am not sure how old is. And overall room is not giving a cleaned up vibe along with the entire room smells off tobacco smoke like so there has been smoking allowed in this part of the hotel. Lastly the sliding door that goes outside on the first floor was never locked! Really did not give a safe feeling even after I locked it once I realized hours later into the night. I would pass on staying at this hotel.

I was VERY disappointed in the hotel service and maintenance for what I paid. While the check in service was friendly and welcoming, the reception I got from a housekeeping request wasn't. My daughter and I were staying on our own in the hotel room for 3 nights. She was in a competition and between us we had used all the towels. I made the early morning request for new ones at 7:30am and saw her write down information (were told to do so before 10am), and told to leave the dirty towels in the tub. When I returned to the room in the afternoon they hadn't been changed, so I left it. When I came back again around 6pm, they still were there so I called the front desk. She suggested that I carry all the dirty, wet towels down to the lobby and they will exchange them. She then said they could send me some. I was given two towels and the dirty ones weren't taken, so I moved them from the tub myself. I also discovered that the security lock on the bottom of the sliding door didn't work. Normally this wouldn't be a concern, but we were on the ground floor, backing onto the parking lot, dumpsters and parking lot of the adjoining Home Depot. There were a lot of transient individuals in the area, not to mention a fight outside our window/sliding door at 3am. There was supposed to be security? I didn't even mind the stains on the carpet as it was a pet friendly room, but I would like to have security - just glad I hadn't noticed the lock was broken the first night. Regardless, the service and maintenance was definitely subpar to the fee I had to pay for 3 nights in a standard room. 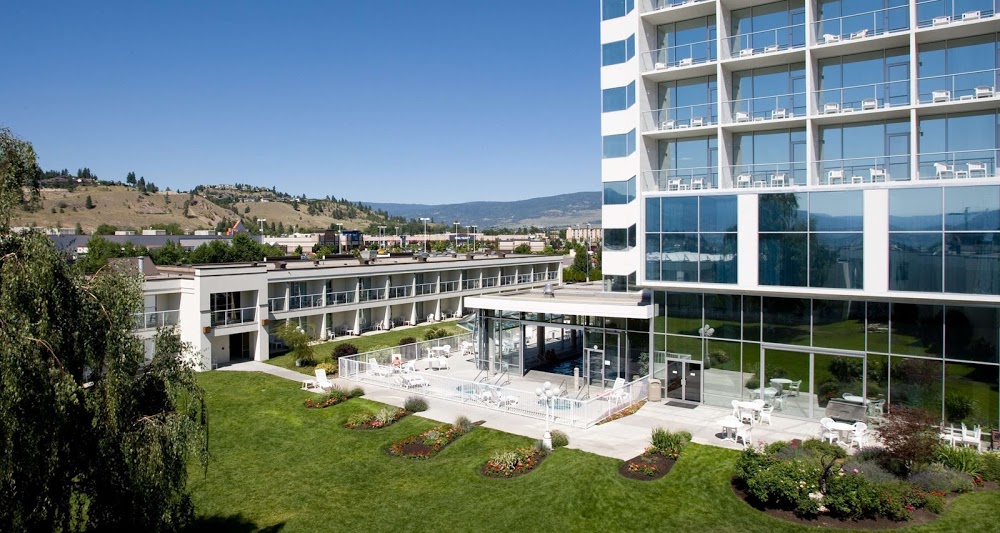 Please Login or Register an Account to Claim Listing

Don’t see your business on our site? Add it for FREE! Please click the button now.